I have been hoping that a new Banjo-Kazooie game would be announced at E3 every year since the release of Banjo-Kazooie: Nuts & Bolts in 2008… its been a long 11 years for Banjo fans. This year might actually be the year Microsoft announces the return of the Bear and Bird, and this time, there is actual evidence that would suggest this is the case.

We are still technically in Banjo’s 20th anniversary year and more Banjo-Kazooie merchandise has been released within the last 11 months than in the last 11 years, and more is on the way. We had a Loot Gaming poster and licence plate, a Totaku figure, a Stubbins plushie, collectible pins and coins, and a high quality, very expensive First 4 Figures statue. Rare has even gone out and invited some First 4 Figures designers to Microsoft’s E3 conference this year and we know for a fact that Rare has started development on their next project and are at least 1 full year into it. 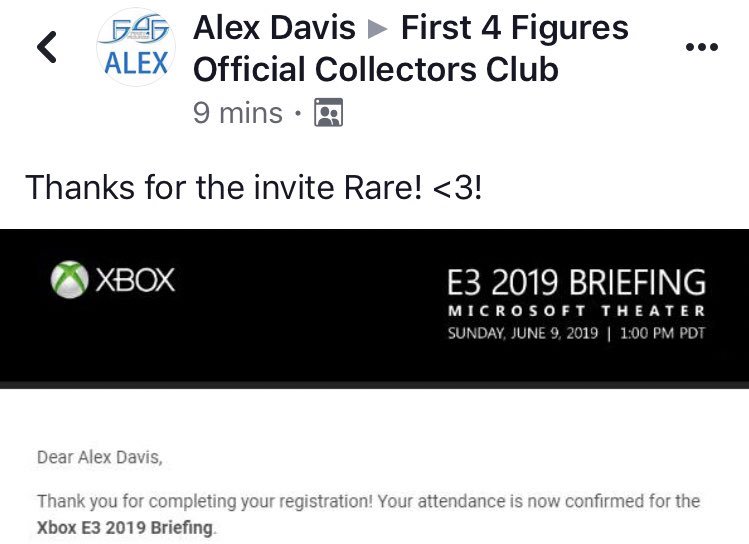 Rare’s project could be anything but even if it isn’t a new Banjo game, Microsoft and Rare could commission another studio to make “Banjo-Threeie” or a remaster of the N64 classics similar to how Activision remastered the Crash Bandicoot and Spyro trilogies. Speaking of Crash and Spryo, Banjo will be joining them and Sonic as the newest game character to be made into a “Cable Guy” statue. Exquisite Gaming, the makers of the “Cable Guy” line teased Banjo and Kazooie in a never before seen art style, and when asked about their products coinciding with the release dates of new games, (Sonic Mania, Spyro Reignited Trilogy, Crash Bandicoot N.Sane Trilogy) they simply responded with “We couldn’t possibly say!”. 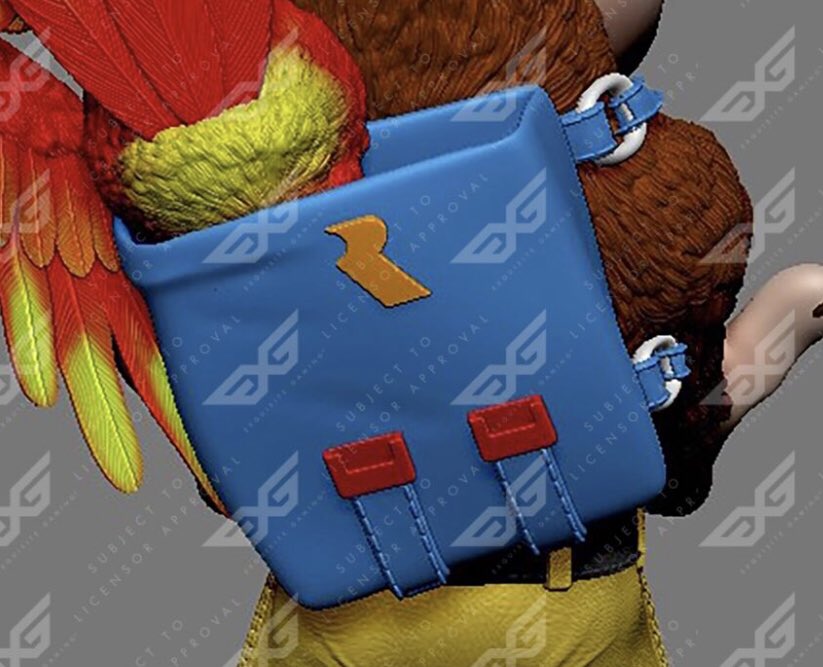 As I said earlier, another team could be making the next Banjo game. If the game is just a remastered collection of the N64 classics it would’t surprise me in the slightest if Microsoft and Rare outsourced the project to a studio who could be capable of being the new keeper of the Banjo IP. Rare Studio head Craig Duncan and Creative Director Gregg Mayles have said on multiple occasions that the studio realizes the demand for their classic franchises but they would only consider bringing them back if they could find the right fit with another studio or a new creative direction that they could take. After the backlash that Banjo-Kazooie: Nuts & Bolts received I can’t imagine Rare would attempt another radical change in direction for the Banjo IP so if they don’t want to make another classic Banjo game then the best option is to find someone who will.

The absolute best option is Playtonic Games, a studio comprised of many key members of the Rare team who worked for the company during the N64 era. Their game Yooka-Laylee, a spiritual successor to Banjo-Kazooie released in April 2017 and the studio has not really made a lot of noise since then. They cranked that game out in a fair amount of time, patched it a few times and just recently released the 64-bit shader tonic almost 2 years after the games release and they still owe backers DLC. Enter Team 17, Yooka-Laylee‘s publisher. They have recently announced that they have 2 mystery games that will be shown at E3 2019. They have since themed their logo to hint at these games and the pattern in the yellow parts of their logo clearly look like the honeycombs found in the Banjo games.

The last and most bizarre piece of evidence potentially hinting towards Banjo’s return comes from series composer Grant Kirkhope.

Am I crazy or does the saying “when pigs fly” imply the impossible has happened, the pigs are already flying. I know Grant followed up with a tweet saying we all misunderstood him but I think there is a chance that he knows screwed up big time and tried to do some damage control afterwards. Heck he and the guy that asked the question have since deleted this exchange so it just makes me more cautiously optimistic.

Today a very credible insider on ResetEra basically came out and said our beloved Bear and Bird would appear in Super Smash Bros. Ultimate. Banjo in Smash would be a dream come true, but after the Grinch Leak, I am going to hold back the hype until it is formally announced. The Banjo-Kazooie series means so much to me and my hopes have been crushed year after year, but could this year be different? Who knows, something seems to be happening but at the very least Microsoft is doing something with the IP and something may come from all these merchandise sales one day. In the meantime I am going to prep for another year of disappointment because things can only get better from there.

View all posts by Matteo →